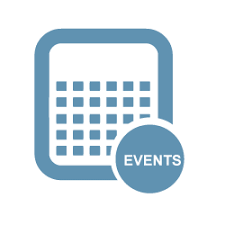 Rewarding our team was one of the biggest events in 2018. a trip to one of the most visited countries in the world; Istanbul, Turkey.

a gathering with our chairman Dr Allam Suleiman and his Excellancy Korean Ambassador in Jordan in the Korean Ambassdor residence in Amman.

a gathering with our chairman Dr Allam Suleiman and his excellency Dr. Talal Abu-Ghazaleh.

Participating in business meeting with Korean companies by the attendance of his excellency the Korean ambassador held in Landmark Hotel.

Our Chairman Dr.Allam Suleiman with the Korean ambassador in Jordan.

Our General Manager  Dr.Mustafa al Antari with the Korean ambassador in Jordan.

Dr.Allam Suleiman and Dr.Mustafa al Antari with the Korean ambassador in Jordan.

Mr. George OspinaVP Sales and Edward Herrera Middle East Sales Executive with our chairman Dr.Allam had  working dinner  during thier visit to JORDAN .

Dr.Mustafa al Antari our General manager and Dr.AllamSuleiman our Chairman were at a visit to Bulgaria to lavena company and lavena factory with Nikolai Nedkov Associated Export , Georgi Filipov CEO and Director Stefan Ignatov Commercial Department.

Dr.Allam Suleiman and Dr.Mustafa al Antari with Kostantin Shalamanov CEO and Nikolai Nedkov at a working lunch during thier visit to Bulgaria .

Our session about Gaurdix adhesion barrier at HEBA Hospital with the Obstetrics & Gynecology.

Participation in third Jordanian Menopause Society Meeting which was held on 1st of November,2013 at La Royal – Amman.

Simply Women is a NutriMusic event that has been held in Jordan since 2011 and in Abu Dhabi a couple of years before that, aiming to honor the women in the region and cater for their needs and interests as well as appreciate their health, youth and beauty.

Simply Women in Amman – Jordan related Amman’s distinguished ladies, doctors and business women to products and services which concerns them the most, in addition to demonstrating a healthy way of cooking to be followed with an exquisite fashion show

At Simply woman we had the chance for open communication between attendees and Al Ghad Drug Store in order to achieve the maximum benefit for the event.

Launch of Lose weight to the market

Al Ghad Drug Store held lecture at King Abdullah Hospital – Irbid as part of its promotional campaign for the Novel Adhesion Barrier – Guardix Sol, attended by professors and resident surgeons from the department of general surgery and urology.

Al Ghad Drug store continuous it’s commitment in launching new products that are of therapeutic value to the patients.

This November witness the release of couple of products that will nourish the Jordanian market needs.

Al Ghad Drug store will release its new product that is of high importance to the surgical field.

Guardix Sol. Is the new comer to the Jordanian Market that will solve all surgical problems associated with adhesions after surgery.

Our second product launched this month is Bacterion a liquid antiseptic soap for intimate hygiene.